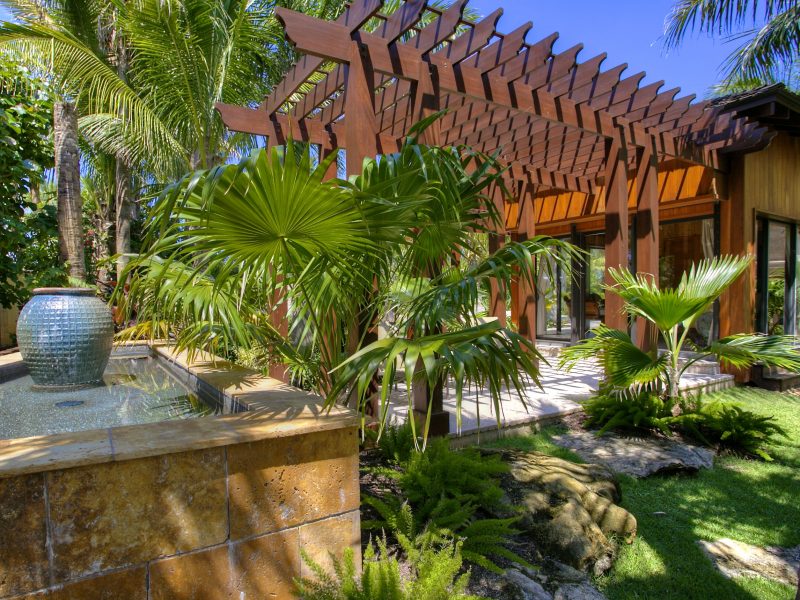 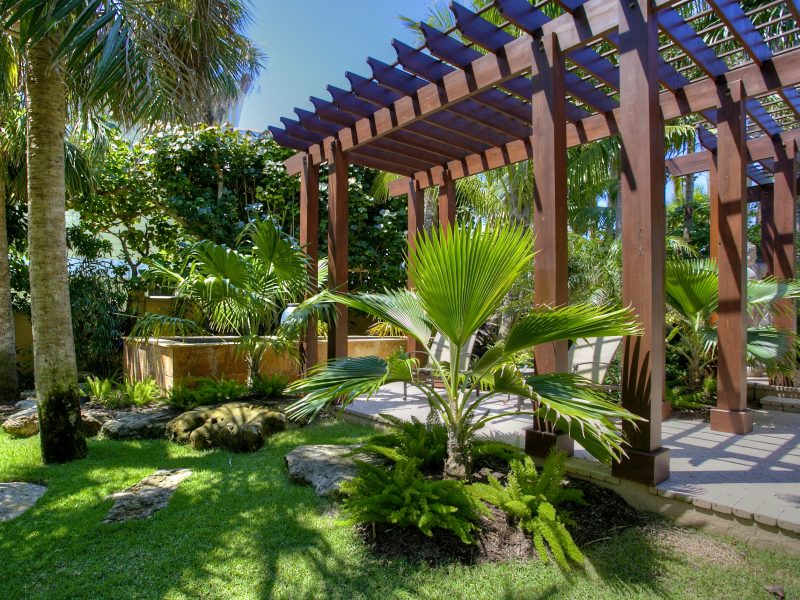 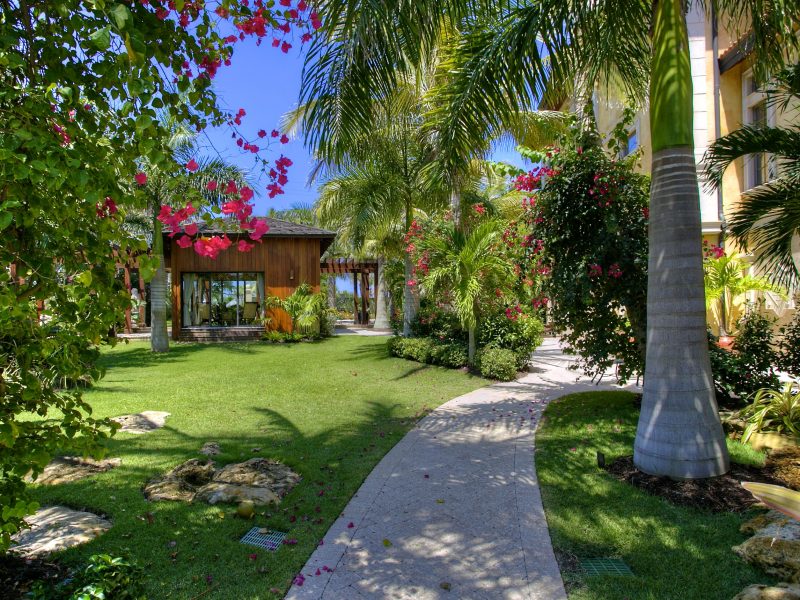 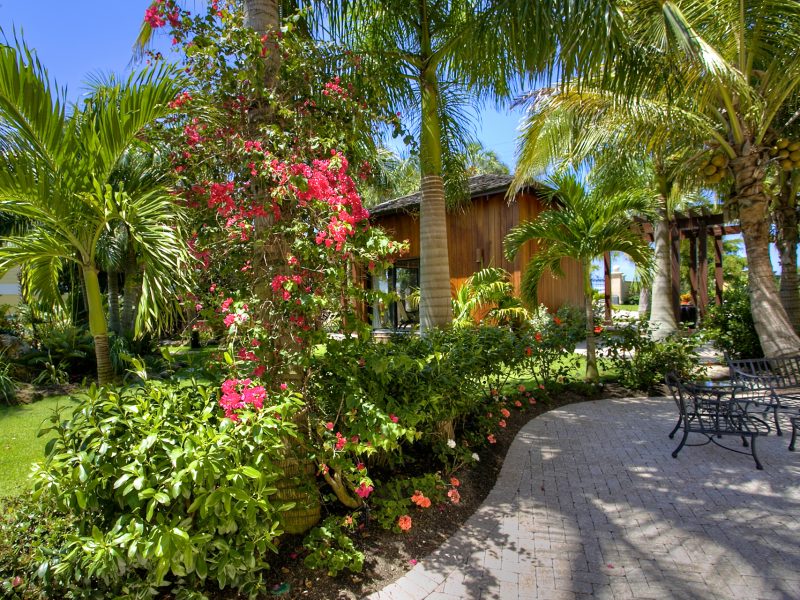 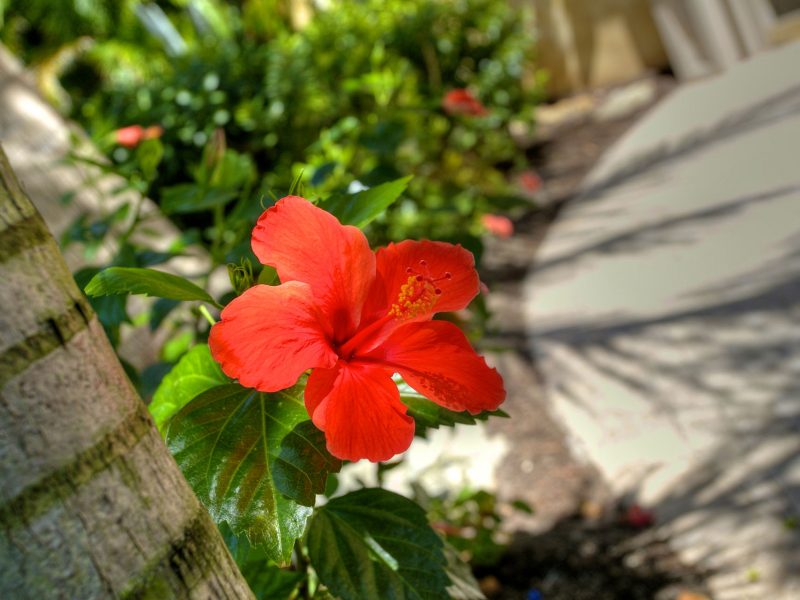 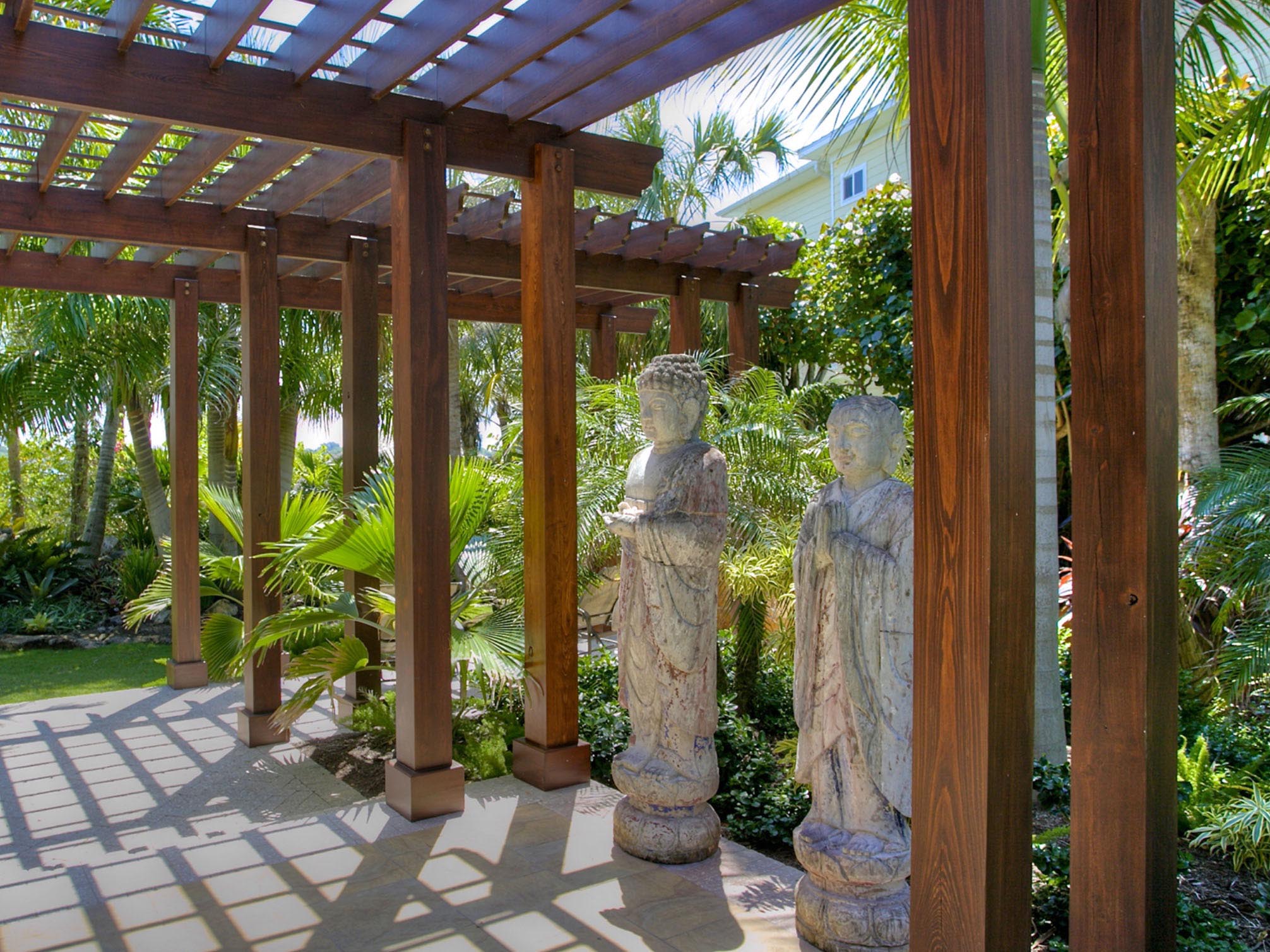 – To create a serene tropical landscape for meditation and yoga.
–  Convert an existing 1950s swimming pool into a grotto and natural water feature.
–  The integration of spectacular rooms and spaces for contemplation
–  Privacy from neighbors to the north and south Preserving Critical Views

A Balinese tea garden house was designed adjacent to a spectacular grotto and natural water feature. Wraparound pergolas were designed off the tea garden, together with interesting patio corridors for yoga and meditation.

Chiki huts are used to define special this as you nd unique locations in the landscape.

Large palms with strategically located to create interest and privacy. These palms were also used to frame views.

Tropical plants were strategically positioned to co-mingle and to create a tropical paradise.

.  Native and salt-tolerant plant material we used in areas of the landscape that were exposed to the prevailing winds off the Gulf.

Balinese urns and vessels was strategically positioned throughout the landscape

Call today for professional Services for your HOA, Condominium, Home Or Business